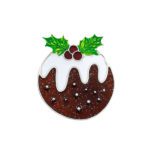 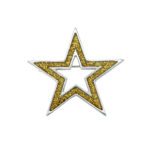 The ammonite was named after the Egyptian god Ammon and belongs to an extinct group of Cephalopods (which means ‘head-foot’).The ammonites were present on the Earth for a period spanning over 140 million years. They first appeared on Earth some 208 million years ago, during the Carboniferous period. Large specimens were commonly up to one metre across and weighed up to 100 kg. They became extinct about the same time that the majority of the dinosaurs disappeared. Ammonites were a form of fast moving marine invertebrate, closely related to the modern-day squid, octopus and nautilus. They had a coiled shell, which was internally partitioned into small chambers. Once the ammonite grew too large for its living chamber, it formed a new one next door and then moved into it, in the process creating the characteristic spiral shape of the shell. The unused chambers were capable of being filled with gas to provide buoyancy at different depths in the oceans. It is these unused chambers which tend to be preserved in different colour calcite.