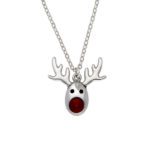 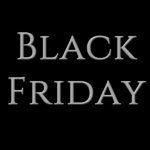 Subscribe
View basket “Two dragons belt buckle” has been added to your basket.

Cornish Poppy pendant. We have made this beautiful enamelled pewter Cornish poppy pendant, featuring the bezants from the Cornish coat of arms, to commemorate, and honour, all the brave Cornish men and women who lost their lives during the two World Wars. The pendant hangs on an 18″ rhodium-plated trace chain.

Cornish Poppy pendant – this beautiful enamelled pewter poppy pendant, features the fifteen bezants from the Cornish coat of arms. We have created it to commemorate and honour all the brave Cornish men and women who lost their lives during the two World Wars. The pendant hangs on an 18″ rhodium-plated trace chain.

The coat of arms of the Duke of Cornwall is a Crusader shield with fifteen golden bezants in the shape of a triangle and the motto, Onen hag Oll (One and All). The history of the bezants began during the Crusades, when the Duke of Cornwall was captured by the Saracens. A ransom of fifteen bezants (gold coins named after Byzantium) was demanded . The people of Cornwall raised the money for the ransom. It was paid and the Duke was set free. The inhabitants of Cornwall had all helped together, one and all, to raise the money.

Be the first to review “Cornish Poppy pendant” Cancel reply