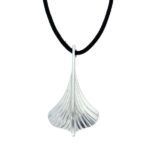 One and all tieslide – Cornish tin, enamelled tieslide depicting the Duchy of Cornwall bezant shield and motto ‘onen hag oll’ (one and all). Plated sprung steel clip.

The coat of arms of the Duke of Cornwall is a Crusader shield on which are displayed 15 golden bezants in the shape of a triangle with the motto Onen hag Oll. The story of the 15 bezants occurred during the Crusades when the Duke of Cornwall was captured by the Saracens. A ransom of 15 bezants (bezants being gold coins named after Byzantium) was demanded. The people of Cornwall raised the money for the ransom. It was paid and the Duke was set free. The inhabitants had all helped together, one and all, to raise the money.