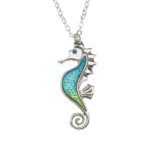 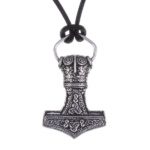 Each piece of St Justin jewellery and giftware is crafted by hand and eye in Cornwall, the South West extremity of Britain. This wild and beautiful land was home to the many native Celts who were driven away from the temperate midlands of Britain by invading European warriors, such as the Angles of Northern Germany. It is in places such as Cornwall, Wales, Ireland and Scotland that the art of the Celts and ancient Britons has survived, carved into stone tombs and discovered on pottery fragments and ornaments.

The venerable alloy of pewter is made of 92% tin, with copper and antimony to harden it and enhance casting. During most of the 20th century the tin used to make pewter was mined in Cornwall where the majestic granite steam engine houses dominated the landscape. Today, sadly, Cornish tin mining is no more and the picturesque ruins of our industrial past add to the romance and mystery of Kernow.

Pewter rose in popularity during the Middle Ages, replacing wooden tableware in well-to-do households. Enduring and malleable, it acquires an attractive patina with age, and can be fashioned into almost any form desired. Unrivalled until the 19th century, pewter-ware was exported to all the corners of the world during the grand days of the British Empire. Its quiet dignity and venerable history makes it the material of choice for St Justin’s noble jewellery and gift-ware.

At St Justin, the distinguished tradition lives on. High quality pewter ingots are fused in a crucible and the molten metal is poured into the rubber moulds created from the artist’s original sculpture. After cooling and linishing, the items are hand-polished and painted by skilled craftspeople, before clips and other findings are spot-welded into position.

The result is a gift of great beauty and craftsmanship – an object of art to treasure forever.

The metals we use

Pewter jewellery, is a medium hard metal that ages well, developing a greyish patina over time. You can leave it to age (as many do) or use a polishing cloth and rub to bring back a lustrous shine.

Bronze jewellery is a very hard metal that looks like gold when first seen. We only use copper and tin, referred to as “classic bronze”, to make it.  Our ancestors used bronze to make swords and these were only superseded when iron was discovered. We cast our bronze using the lost wax process, due to its high melting point.

Our Silver jewellery is made with Sterling Silver (925). Nearly as hard as bronze, it takes a polish well and is easily kept clean using Silver Dip or a polishing cloth. We make our silver jewellery using the lost wax process and then, after fettling, give each piece a final hand polish.

Cornish tin jewellery is quite unique (at least ours is). The tin comes from a ship wrecked in 1863. It was originally smelted in Cornwall and carries an ancient pedigree not to be found elsewhere.

The Celtic deities were bold, noble, beautiful and daring, representing mythic archetypes clear to us from modern day psychology. It is thought that the legends and stories of the Celtic Gods were used to teach and inspire, much as the Bible is used today. The Celts thought themselves to be potentially existent in all worlds, in the sense that they related to each part of their cosmology. It was considered easy to pass between the worlds of the created realms and the Otherworld. The Otherworld in Celtic myth exists alongside and entwined with the real world. This is represented in the spirals and continuous knotwork of Celtic Art, which also represent the continuity of life.

Sacred to Celtic religion was the number three and its compound number, nine. Great importance was given to these triplicates, and this is seen particularly in Celtic triscele designs.

As the years went by, religious scholars and monks adopted the traditions of Celtic art, creating illuminated texts such as the Lindisfarne Gospels. Their work exemplifies the simple sophistication of form and from their creations are drawn many of St Justin’s favourite designs. As Christian beliefs spread across the world, the Celtic cross evolved, with the circle that surrounds the cross symbolising the “great wheel of life” – a belief that pre-dates Christianity. These carved stone crosses are scattered throughout the country and are a common site in our Churchyards today.

Celtic art reverberates through the centuries, identified by the simple sophistication of form and an indefinable feeling for the rightness of things. Modern interpretations of Celtic tradition have given us the Arts and Crafts movement and the era of Art Nouveau, where the ancient Celtic Belief in elegance of form and a reverence for the Earth and its creatures is apparent in the work of artists from many nations. Our range includes products inspired by the work of Scottish designer, Charles Rennie Mackintosh, Isle of Man designer Archibald Knox, and Czech designer Alphonse Mucha.

The result, as given form by St Justin in pewter, bronze, silver and Cornish tin, is not only a recreation of the past, but a continual evolving of living art, created by modern craftsmen for the people of today.

St Justin was established in 1984 in a small workshop in Pendeen, near St Just in Penwith. From small beginnings and many years of perseverance the family business has grown and now occupies its own building on the Long Rock Industrial Estate, near Penzance. Overlooking Mounts Bay, with St Michael’s Mount as a focal point, the sea is never far away and can occasionally be heard pounding the shoreline.

An extension to the premises was constructed in 2000 using Feng Shui principles. This involved a timber frame building with 12 sides as an office and a large pond to enhance the rural setting. Many visitors have commented that they have never seen a manufacturing facility like it.

Celtic crosses are a strong part of the collection as there are so many granite versions to be seen in Cornwall and the other five Celtic nations. Pendants, earrings, brooches, kilt pins, buckles and hair slides feature in Celtic and other styles.

These include; Viking, Saxon, Early Celtic, Art Nouveau and Contemporary.

For more information about our beginnings go here.

St Justin jewellery, accessories and gifts are available in various stockists throughout Cornwall, the UK and the rest of the world.  If you are in Cornwall you can visit our shop in the Wharfside Shopping Centre, Penzance, where you will find the complete collection. 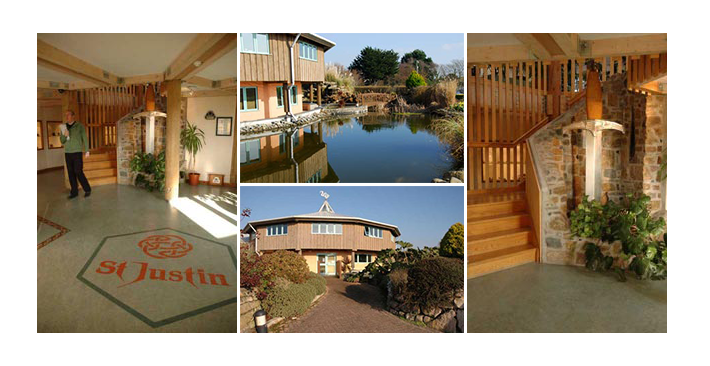 Now in its 36th year the company makes jewellery in pewter, bronze, tin and silver.

The business employs 28 staff, split between administration and production. Many of our staff have been with us for over 25 years and enjoy the location and atmosphere.

The inspiration for most of our designs comes from members of staff absorbed by our history and surroundings. As a result there is a passion for creativity and an abundance of ideas. The staff get to vote on things and occasionally that’s as far as an idea gets. Mostly, the ideas are creations people like themselves.

The greatest thrill is having happy customers who like our products and sell them or wear them ! 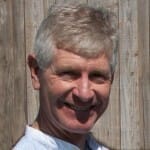 The founder of the business started from an engineering background in 1984 after working in some of the gold mines in South Africa, a copper mine in Australia and tin mines in Cornwall.  Picking up the intricacies of metallurgy used in  jewellery making was a natural progression of knowledge and ideas.

The name of St Justin materialised one evening, talking with a much older mentor of similar ideologies. St Just was the local community and Tin was the material used. St Justin was born and it was only after a couple of months that a local saint’s past was discovered in the church. St Justin was depicted with a Chi-Rho cross.  It was obviously meant to be.